To support charities across the UK, eBay has introduced a “Big Charity Sell” scheme, calling for the nation to sell their unwanted items on eBay and donate up to 100% of the proceeds to a charity of their choice, helping to raise vital funds for good causes and reducing waste.

The “Big Charity Sell” has been created to help tackle some of the issues charity retailers are facing, including a lack of access to inventory, fly-tipping outside high street shops and an inability to fundraise via other traditional means.

With charity shops across the UK forced to close, and major fundraising events postponed or cancelled, eBay is calling on charities to encourage their supporters to “De-clutter, Donate and Nominate”.

Households across the country are using the lockdown to clear out their cupboards, and new data recently published indicates that the garage holds the most high-value items for sale, including kids’ bicycles, camping tents, skis and more.

Almost half (48%) of people admitted to binning items they no longer need, with a further 1 in 5 openly admitting to resorting to fly-tipping in a bid to rid their homes of clutter. 8 in 10 claimed to know of no other alternative to taking items to a physical charity shop and further data reveals that the average UK home is sitting on 42 unwanted items worth an estimated £500.

During 2019, eBay’s buyers and sellers raised more than £27 million for charity organisations – an increase of 17% compared to 2018, and the online marketplace aims for its new campaign to spark ever greater fundraising efforts this year.

Charities are not charged any eBay fees on eBay for Charity when they sell or receive funds, allowing more money to be raised for good causes. Supporters wishing to sell for their favourite charity can donate from 10-100% of their sale and will receive the equivalent percentage reduction in fees. Sellers simply check the box that says “Donate a portion to charity” and select the donation percentage when listing their item.

For more information on how your charity can get involved in eBay’s Big Charity Sell or to sign your charity up for the eBay for Charity platform, contact eBay on ukcharity@ebay.com. 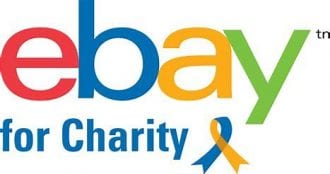